HERMES-SP involves the construction of three nano-satellites that will use high-tech X band detectors to localise gigantic cosmic explosions known as “space lightning” (Gamma Ray Burst – GRB), record them and send their data back to earth.

The three nano-satellites, flying in formation, will join another three similar satellites currently being constructed by the Italian Space Agency. This total group of six satellites will form the future satellite constellation called HERMES-Full Constellation (HFC).

The idea at the basis of the project is to monitor the entire sky continuously, speedily identifying and pinpointing the location of most cosmic events and swiftly transmitting their characteristics to the scientific community.

HERMES-Scientific Pathfinder (SP) is a project funded by the European Commission within Horizon 2020 SPACE-20-SCI. The project is coordinated by the Italian National Institute of Astrophysics. Among its 11 partners are the Department of Aerospace Science and Technology at Politecnico di Milano and many universities and European SMEs. HERMES–SP is supported by the Italian Space Agency.

Michèle Lavagna and his team at the Department of Aerospace Science and Technology of Politecnico di Milano are developing and constructing the high-performance miniature flight desks.

A step forward in the creation of a constellation of nanosatellites for high energy astrophysics.
Payload Demonstration Model Integration of the HERMES-SP initiatives at INAF-IAPS. 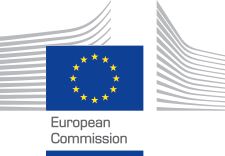