“Our administration is committed to environmental, social and economic sustainability, and the initiatives running under the umbrella of Sharing Cities interpret our position very closely. More efficient use of energy in buildings means less energy used, and this is a core part of Milan’s strategic contribution to the fight against climate change” Giuseppe Sala, Mayor of Milan 2016

Sharing Cities sets out an innovative approach to some of the major environmental challenges about to trouble our cities: how to cut carbon emissions from buildings and means of transport and how to improve air quality. The smart solutions proposed for cities and communities bring together the sectors of energy, transport and ICT through pilot projects. The first Sharing Cities projects will be rolled out in Lighthouse Cities, Lisbon, London and Milan and then in three Follower Cities, Bordeaux, Burgas and Warsaw, replicating the models proposed by the cities at the head of the consortium. The Italian team of public and private partners is carrying out improvements in the model district of Porta Romana and Chiaravalle, working in the areas of mobility and sustainable living, public lighting and environmental quality and sharing data via an interoperable platform. Ultimately, this will become a smart district will near zero energy usage. Virtual behaviour is encouraged, with users of the SharingMI app receiving rewards for acting in a sustainable way.

Sharing Cities receives funding from the EU through Horizon 2020, Smart Cities and Communities (SCC1). More than 30 partners in six European countries (Bulgaria, France, Italy, Poland, Portugal and UK) are taking part in the project to create smart districts in three Lighthouse Cities (Lisbon, London, Milan) and three Follower Cities (Burgas, Bordeaux, Warsaw). The project can draw on a pot of 25 million euros, with 8.6 million euros being earmarked for the local partnership operating in Milan. The project runs over an initial three-year period to carry out the work, plus a further two-year monitoring period.

A number of measures have been completed in the Smart District of Porta Romana and Chiaravalle, which is the local action area for the project, and the first results can now be seen. Retrofit work is ongoing in 20 buildings in the district to improve their energy usage by up to 70%. The public has had a say in the choice and specification of the actions. The pool of 60 electric car charging stations (including 20 fast charging points) at ten Mobility Areas situated near public transport connections have now been tested. There are now 14 additional bike-sharing points equipped with new electric bikes, some with child seats. Car-sharing schemes for friends and neighbours are up and running, as are the shared logistics services with ten electric vehicles to transport goods.
Car drivers can use an app to find out where there are spaces in car parks, connected to the 75 smart parking sensors already installed. These sensors also identify parking infringements (such as using spaces reserved for disabled drivers or for loading/unloading goods). Drivers will spend much less time searching for parking spaces, and this will in turn reduce traffic in the city and polluting emissions. Smart street lighting has been installed throughout the smart district, and these work with a system of sensors to monitor the environment and provide security and connectivity services, and can relay information to citizens and public officials. Lastly, with the launch of the SharingMi app, people are rewarded for their sustainable behaviour. 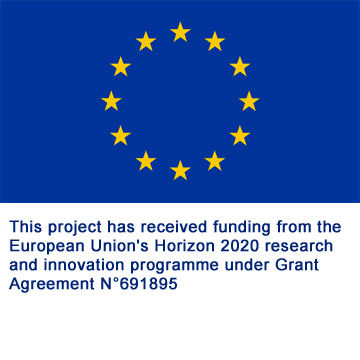 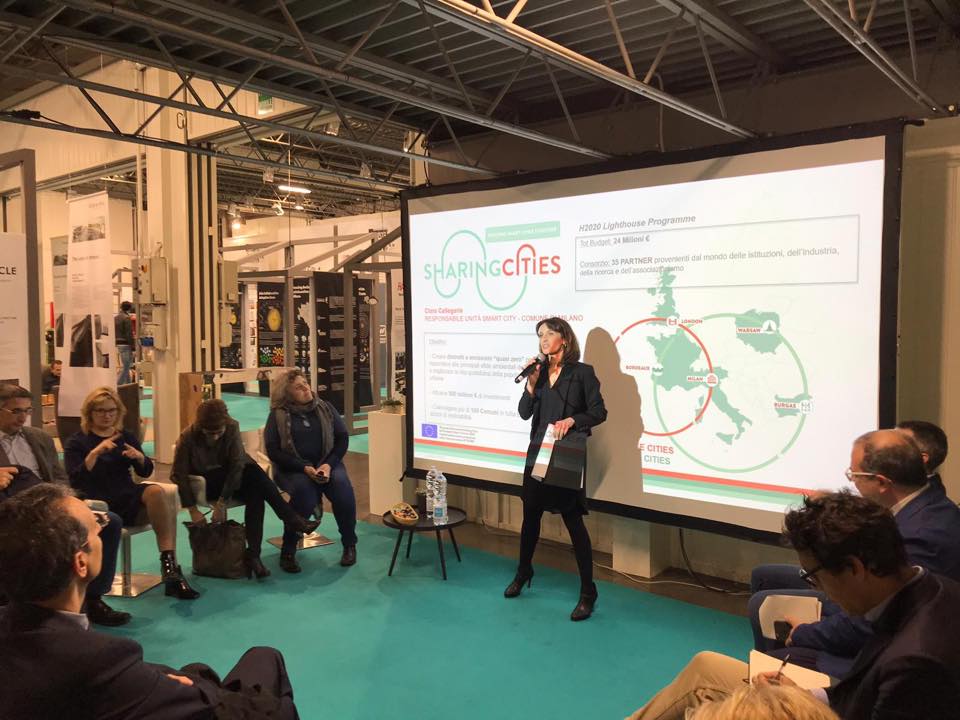 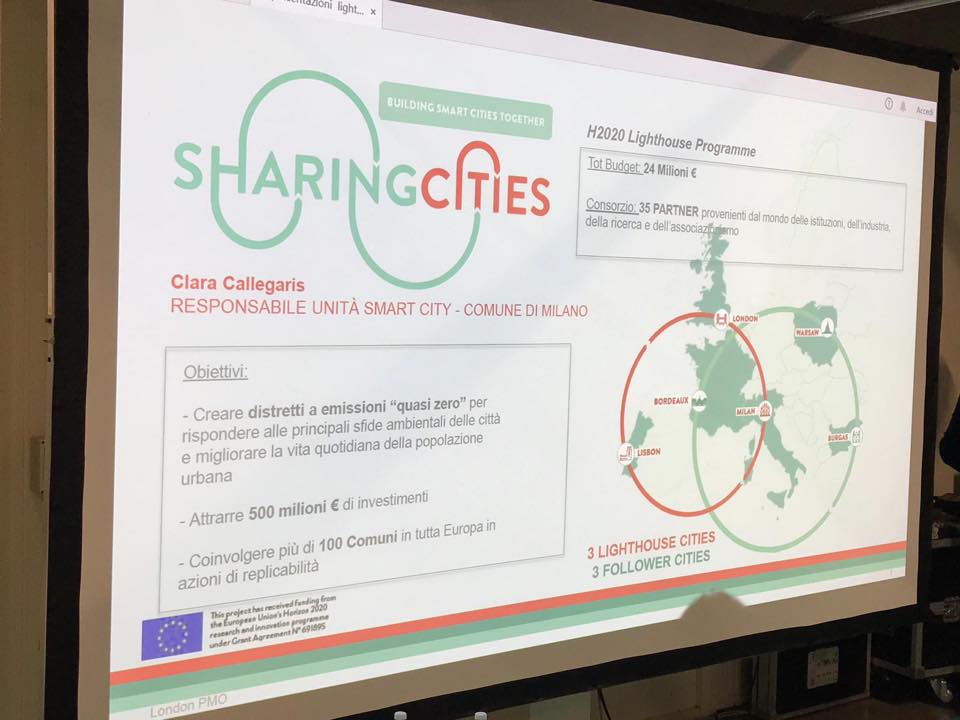 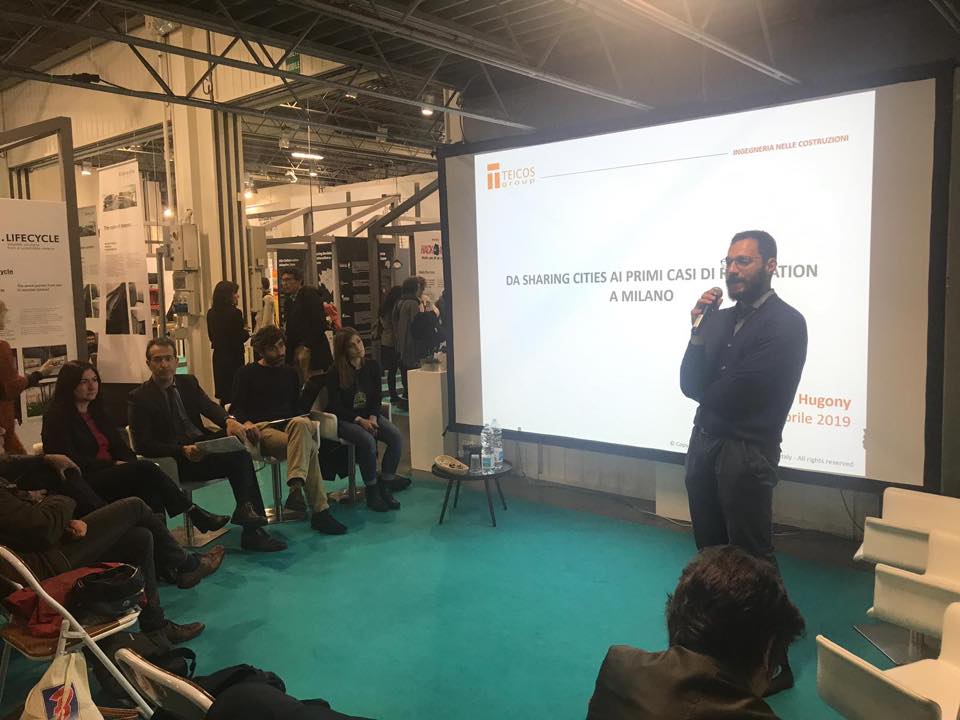 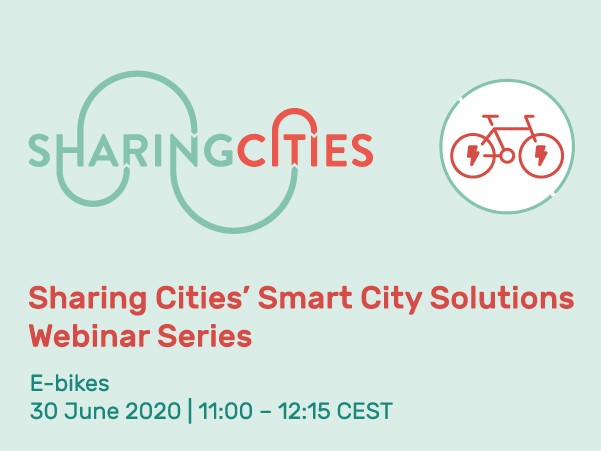 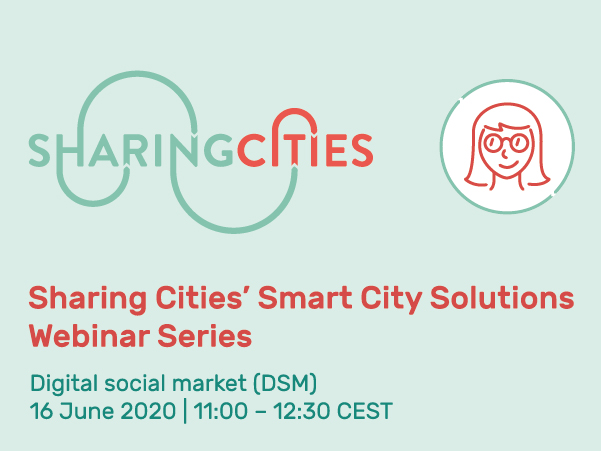